What is Internet of Things (IoT)?

A lot has been written about Internet of Things (IoT). It would be the future, radically changing how we live and do business. You might wonder if and when this will become reality, because adoption of IoT is often in early stages. Was IoT just a hype or it really going to add value to our lives?

How can companies create value with IoT? These questions are answered in our series of articles on the Internet of Things. This first article aims to show the increasing impact of IoT and explain why it is increasing, by discussing developments and definitions of IoT.

IoT, more than just a hype?

Despite being past the hype cycle peak, investments in IoT technology continue to grow. IDC forecasts spending on IoT to grow at 13.6% per year over the 2017-2022 period, reaching $1.2 trillion worldwide in 2022.1 Bain found that adoption of IoT is also increasing amongst IoT customers, for both extensive implementation and proof of concept stages, as shown in Figure 1.2 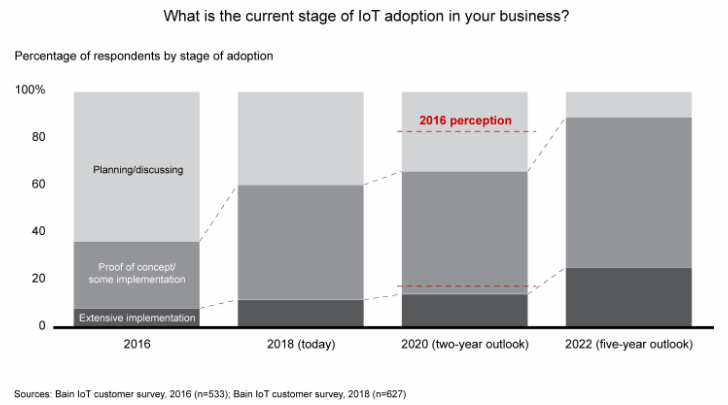 Beyond investing and adopting IoT, it is the impact of IoT initiatives that matters. McKinsey did a survey amongst 300 IoT practitioners in large companies, which are implementing IoT on large scale. They found that the leaders realized over 15% aggregate cost saving and revenue gain from IoT initiatives, while laggards realized <5%.33.

It can be concluded that IoT is increasing in investments, adoption and financial impact worldwide. To understand why, it is necessary to first know what IoT is. IoT is all about everyday objects that can collect and communicate data.4 Most physical objects are dead, in the sense that they cannot see and communicate what’s going on. IoT makes objects, things, come alive by enabling them to collect data about themselves, and communicate this data to the internet.4 De meeste fysieke objecten zijn dood, in de zin dat ze niet kunnen zien en communiceren wat er aan de hand is. IoT laat objecten, dingen, tot leven komen door hen in staat te stellen gegevens over zichzelf te verzamelen en deze gegevens met internet te communiceren.

Take for example a soap dispenser. It cannot see how much soap it has left by itself, let alone communicate this. With IoT, the soap dispenser is able to tell how much soap it has left and communicate this to an app in the cloud. On a technical level, IoT consists of several technologies that have existed for a while now. Combining these technologies creates IoT, see Figure 3.55

The underlying technologies for IoT are becoming cheaper, more advanced, and more widely available. Especially technology platforms that enable integration in IT and business processes are making a growth spurt.7 That is why IoT investment, adoption, and impact is increasing.7 Daarom nemen de investeringen, acceptatie en impact van IoT toe.

The future is looking bright for IoT

This is the first episode of our IoT-series. The next article will detail in which ways IoT can add value for companies. This article can be found via: www.emagiz.com/blogs/how-iot-adds-value-for-your-company/ The final article will present a roadmap to identify potential and implement IoT in your organization. You can read this article here: www.emagiz.com/blogs/roadmap-for-creating-and-implementing-iot/ 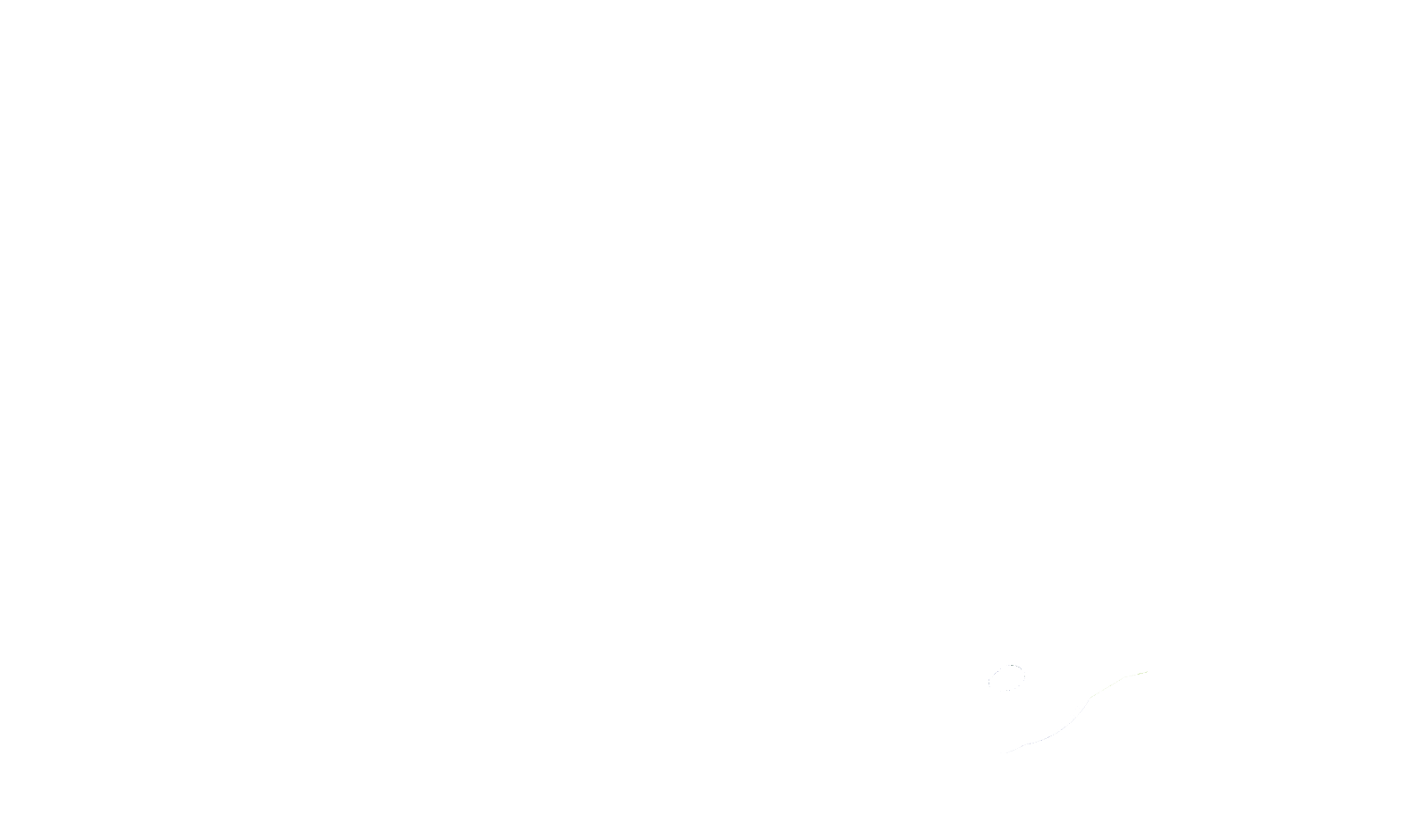